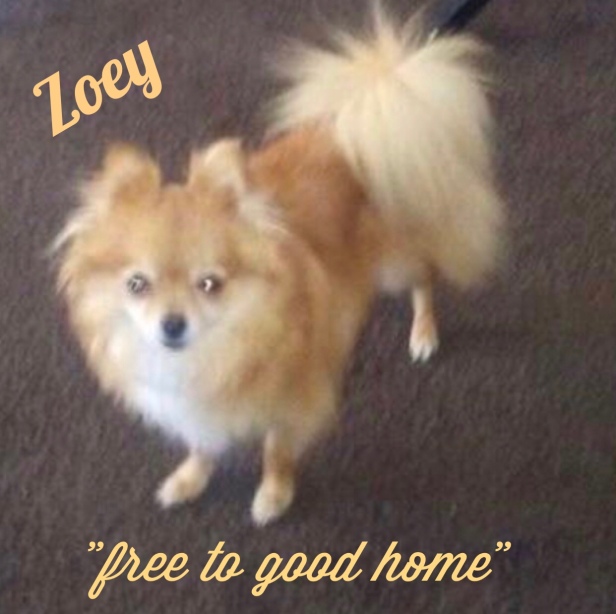 I was looking through a Facebook group looking for mirrors, table top ones for craft shows, and I came across the photo above. It stated that the owner couldn’t keep her any more and was looking for a free home.

😡 People should know better than to offer up their dogs (or pets) for free to strangers. I messaged the gal and gave her my references and let her know I used to work at a veterinary hospital and gave her this as a reference too. I don’t know if she called my references or not, but she did call me to let me know I could come and get “Zoey.”

My friend, C (who’s also a veterinarian,) came with me to pick Zoey up. The drive was very long and oh my gawd, I had to drive across a bridge! This is one long a55 bridge, and I have a serious fear of bridges. 😬

We finally made it to Hayward and met the woman and her daughter at a park. Zoey wanted nothing to do with us. The lady told us Zoey’s heart wrenching story.

Her original owner had died, and then she went to live with the lady’s sister who had two boys. These boys tortured Zoey. They would pick her up and drop her, lock her in a drawer or closet, and who knows what else may have happened.

So, the lady was Zoey’s third home in less than two months… and my house became her fourth home.

Zoey was very attached to the lady’s daughter. I had bought a big crate which C and I had to put on the ground and lure Zoey in, but she wasn’t having any of that.

So, we had to gently drag her into the crate and leave her leash on because she was a land shark.

This is actually an image of her in mid-bark, but you get the idea of what she looked like with us.

I had set Zoey up in a smaller crate within a pen with pee pads, water, and food in my living room. It took a lot of coaxing and a few days later, I was finally able to remove the leash from her collar. Removing her collar took about 1 1/2 weeks.

I didn’t really like the name Zoey. Too many people name their pets this, and I didn’t think it really suited her. Plus, if she has any bad memories associated with that name, I wanted to quell those right away.

Since this little blonde dog followed me everywhere, I thought of her as my golden shadow, and then was thinking of a name that summed that up. Halo stuck.

The Facebook ad had said she was spayed, but she wasn’t. So, I brought her and my cat, Felipe in to be spayed and neutered, respectively. Spayed usually refers to ovarian-hysterectomy, but she ended up only having a hysterectomy.

The photo above is after she had her surgery and was licking at her incision. Tsk tsk. 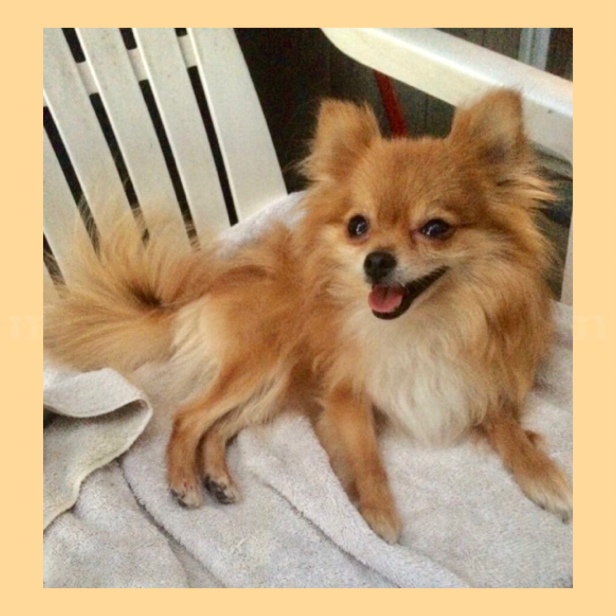 Here’s Halo sitting in a chair beside me. For a long time, she wouldn’t let me out of her sight. She had severe separation anxiety.

When I first picked her up from Hayward, she came with her bed, brush, food, and shampoo, but not a toy.

This little duck is the first toy that she received from me, and she immediately started chewing on it and playing with it.

Here she is in her parka. It gets super cold in the mountains.

You cannot really tell, but she has an underbite.

After the fire consumed our home, we moved to Pumpkin Center, a small town outside of Bakersfield. She, my dogs Lance and Gwenyth, and my three cats: Blur, No Mar, and Abygayle were my companions. 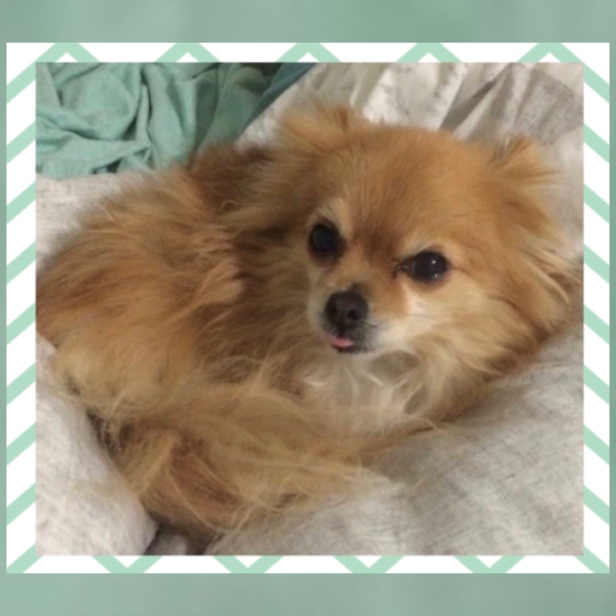 Here’s sweet Halo resting on my bed. She is sleeping on her pillow.

Halo in her bunny 🐰 coat that I picked up at Ross.

IMHA is a disorder where the body doesn’t recognize its own red blood cells and starts destroying them. Without red blood cells, the dog becomes listless and can die.

When Halo first started vomiting, I gave her an antiemetic, famotidine, also known as Pepcid. I didn’t take her into the hospital right away because she has been known to eat strange things in the yard and then get a tummy ache from it.

But her urine was bright yellow, and her gums were pale. I brought her into the emergency clinic, and the doctor said she had a heart murmur and also did some radiographs on her. Her intestines were full of gas. But the doctor also thought it’d be best to run a PCV (packed cell volume) on her to check her red blood cell percentage because her gums were so pale.

Her PCV was 20%. 😮 It should be about 45%! Then he ran a full blood panel on her – liver enzymes were high, and although her red blood cells were low, her reticulocyte count was high, which means she didn’t have non-regenerative anemia. Her body was making red blood cells as fast as her body was destroying them.

Her prognosis was very guarded, and the doctor suggested hospitalizing her and starting a blood transfusion. 😮

From working in the veterinary field for over 20 years as an ICU/emergency vet tech (animal nurse) and running many cross matches, I knew that you cannot check to see if the blood donated would be a good match for the recipient.

Why? Because to run a cross match, you need to check to make sure the donor blood doesn’t agglutinate with the recipient blood. If the blood does agglutinate, then the animal will have a reaction to the blood. Plus, it’s not always recommended to give a dog with IMHA a blood transfusion because the body will go into hyperactive mode trying to destroy all of the red blood cells.

So, instead, I opted to take her home and start her on the prednisone, a corticosteroid. The doctor also gave her an injection of dexamethasone.

On the next recheck, her red count was up. I did a lot of research on her condition and asked the doctor if we could start her on an antibiotic and liver support medication.

He said that we could start her on this, but he didn’t think this would help at all because usually AIHA caused by infection is from ticks, and there aren’t a lot of ticks in this area. However, where we used to live, ticks are very prevalent.

She chose the smallest blanket in the house to cuddle up on.

Halo’s PCV went up to 56%, and she’s off of her prednisone! 😮🙂 But because her ALT (liver enzyme) is still high, she went back on her Denamarin (a liver support medicine.) 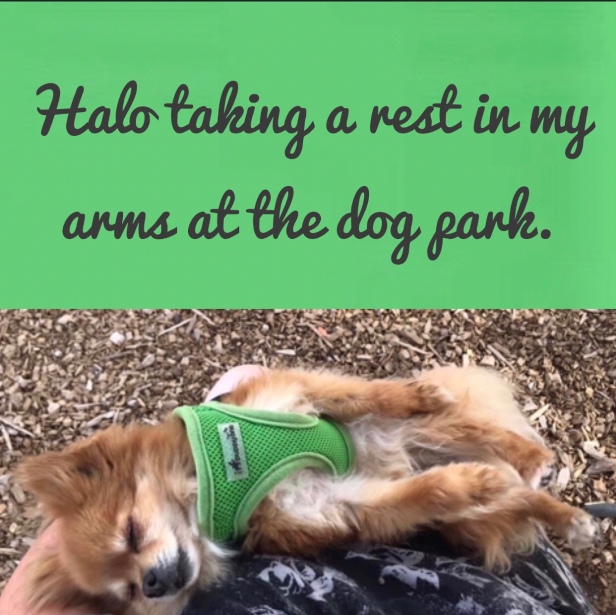 It’s now 2020, and Halo has not been on any medications for her IMHA and has not had another relapse. (Knock on wood.)