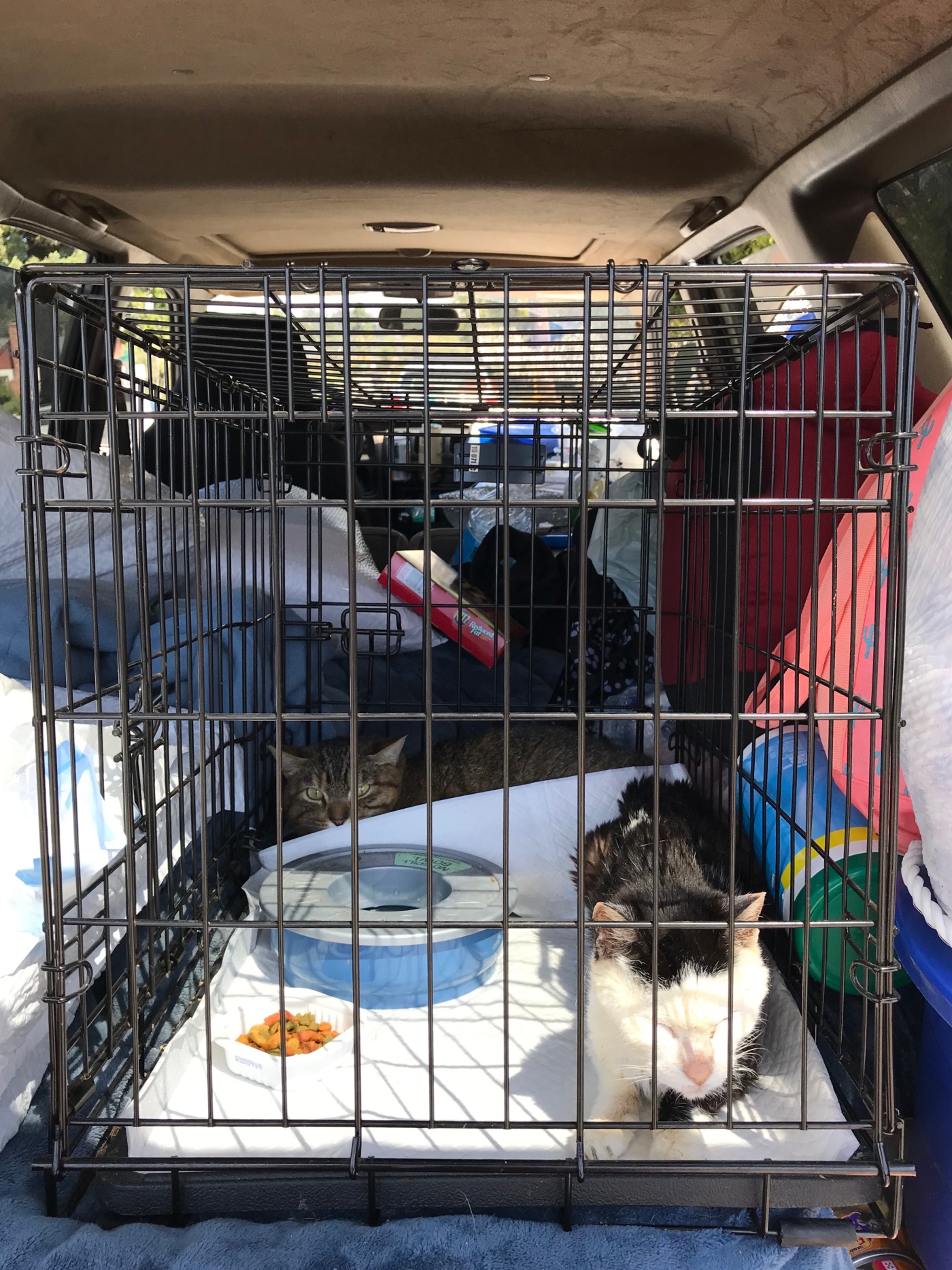 Eight nights ago on Tuesday, August 18, 2020, I evacuated my two cats from my friends’ RV in Boulder Creek. I had been living there up until January 2020 when they let me know that I would need to move out, but my cats could stay.

Sadly, yesterday, I brought Blur into a veterinary hospital to have her euthanized. This last week with her, I noticed that her liver cancer was definitely worse. She had a voracious appetite, but the food ran right through her. She was starving. 🙁 I know I did the right thing, and if I had thousands of dollars, I would have spent them all on her when she first had a problem. Would she have wanted to be poked and prodded? No. Is she an easy cat to pill? No. As far as all of my cats go (past and present), she is by far the worst of them all – not wanting to be poked, pilled, or anything of the like. So, in the end, I think I did the best I could have done for her.

Now, I need to get my other cat to eat. Living in a 4runner isn’t easy, but I know that has nothing to do with the reason Aby is not eating. It takes her time to adjust to any new place. We’ve moved around quite a bit since our home burned up in the Bear Fire three years ago. Aby is very slow to adjust to anything new. At the boarding facility three years ago, I had to go over there everyday to coax her to eat, while looking for my lost cat, looking for housing, etc.

When we moved to Bakersfield, it was the same thing with Aby – it took her a few weeks to get adjusted. Then we had to move to Taft. Then to the RV, and now into my 4runner.

I just offered her canned chicken in water, and she won’t eat that either. She ate a few bites of Friskies pate mixed grill last night, but she won’t eat her normal ‘shreds’, or even her dry. Sigh. 😔